Amazing Kenya Safaris: this is the world’s 48th largest country by total area with a population of more than 47.6 million people and is the 29th most populous country. Kenya’s capital and largest city is Nairobi while its oldest city and first capital is the coastal city of Mombasa. Kenya has no single prominent culture that identifies but instead consists of the various cultures of the country’s different communities and here the Maasai culture is well known to tourism, despite constituting a relatively small part of Kenya’s population whereby are renowned for their elaborate upper body adornment and jewelry. The majority of Kenyans are Christians and Kenya’s various ethnic groups typically speak their mother tongues within their own communities, the two official languages which is English and Swahili. Tourism in Kenya is the second-largest source of foreign exchange revenue following agriculture. Kenya’s climate varies from tropical along the coast to temperate inland to arid in the north and northeast parts of the country and here the area receives a great deal of sunshine every month, it is usually cool at night and early in the morning inland at higher elevations and the “long rains” season occurs from March/April to May/June. Your travel with Ssemambo Tours & Travel takes you to the country’s finest destinations. The intrigue and adventure of Kenya reaches back into the birth of mankind, stretches along miles of white sand beaches and journeys into dense forests and divergent deserts. Iconic landmarks such as Mount Kenya stand above the savannah plains and tropical woodlands while its intricate waterfalls lie nestled within the montane foothills. From her highest peaks to her deepest ocean depths, Kenya gives you an African dream trip of a lifetime! 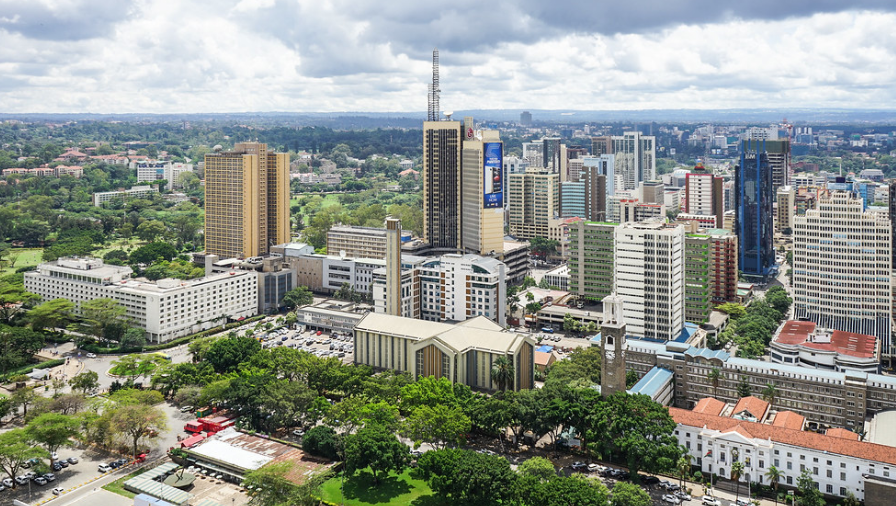 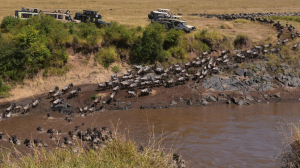 One good reason why you should visit Kenya is to have a view of this wildlife phenomenon which is also among the wonders of the world. The migration which happens between July and October involves the movement of hundreds of wildebeest from Serengeti Park in Tanzania to Masai Mara in Kenya. As your safari vehicle draws near the source of the aerial disturbance, you feel a slight trembling on the ground. Suddenly, the immense shapes of wildebeests begin to emerge from the dust. The massive volume of water rushes past to create a treacherous challenge for the strongest wildebeests. You also notice several stealthy animals like ferocious crocodiles trolling the water, awaiting the onrush of their prey. As the wildebeests become more restless, you know that the time is growing close. Without any warning, the first gnu stumbles down the ledge, its body twisting and contorting. With a final desperate jump, it lands in the muddied water of the Mara River. Thousands more wildebeests follow in an onslaught of movement, transforming the swirling river into a frenzy of splashing water, drowning calve, battling prey and ferocious predator like crocodiles. The river fills with carcasses of the hundreds that were too weak or slow to make the crossing and gigantic vultures begin to feed on the bodies at the banks while the rest of the wildebeest herd disappears into the distance on their never-ending journey for Kenya’ richest grazing grounds. You should visit Kenya and witness this wonder of nature. 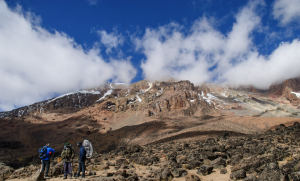 This is an adventure you can try out when you visit Kenya. It is the second highest mountain in Africa that gives one a number of climbing opportunities on bare rocks, ice, and snow. Adventure lovers who are looking forward to visiting the beautiful East African country should have this in their plan.

Kenya’s parks, reserves and private conservancies are home to some of the highest and most diverse populations of wildlife on the planet. Visit the grassy plains and swamp lands of Amboseli National Park to see an iconic scene like elephants silhouetted against the mighty Mount Kilimanjaro on the border of northern Tanzania, also watch out for animals like giraffes, energetic antelopes, buffalos, zebras, hippos, warthogs and many other herbivores. Lions, leopards, cheetahs and other powerful hunters thrive on resident prey animals year round and the wildebeest migration brings a greater bounty to the plains.

In Sambura National Reserve, you are introduced to the “Samburu Special Five”, Somali ostriches, grevy’s zebras, reticulated giraffes, beisa oryxes and gerenuks. Mane-less lions, hyenas and cheetahs elegantly stalk their prey of gazelles, elands, impalas and other small creatures from the cover of tall grasses in Tsavo East and West National Parks! These common animals are plenty to keep you intrigued and engaged. Laikipia in northern Kenya offers you the second highest density of wildlife in Kenya, including the Big 5 elephants, buffaloes, rhinos, lions and leopards.

Much of Kenya’s success in protecting fauna and its wilderness is due to the private conservancies that border national parks and reserves. The conservancies that surround Masai Mara takes you into remote areas of the ecosystem with limited number of camps and lets you venture out under the cover of darkness to watch a pride of lion feast upon their night kill and watch the delightful antics of bush babies in a wooded outback. Walk with a Maasai warrior through the bush to locate signs of animal activity such as scat, tracks, carcasses and slumbering areas. As you engage in the tiny world of blossoms and insects, you listen to ancient folklore and learn the medicinal uses of plants.

You can even hike to a secluded location in a conservancy and fly camp amidst the wildlife and wilderness or float above the plains in a hot air balloon! Your adventurous exploration of Kenya continues at private conservancies in Laikipia, from Lewa in the east to Mugie in the north. Imagine delving into the Kenyan outback on horseback or while riding a camel. See the flora, wildlife and terrain from the seat of a bi-plane. If you feel the need to maintain your physical fitness, you can mountain bike across the savannah where giraffes, elephants, zebras, rhinos, varied antelopes and other animals graze and forage. 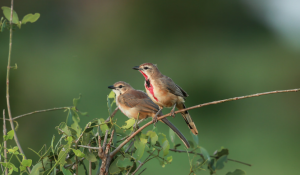 Stand along the shores of the famous alkaline Lake Nakuru where millions of flamingos gather to devour over 250,000 kilograms of the algae that lends to their brilliant pink plumage. These lesser and greater rosy-colored feathered creatures mingle amongst one of the highest concentrations of long-crested eagles, as well as cormorants, goliath herons, African fish eagles, pink-backed pelicans and other speckled birds.  Lake Bogoria, another of the Great Rift Valley lakes, is one of the richest of Kenya’s Important Bird Areas with over 373 recorded bird species. Lake Naivasha, a freshwater lake that is situated at an elevation of 1890 meters, set amidst a volcanic landscape, the lake attracts many of the most-desired birds, black herons, great white egrets, black-lored babblers, kingfishers and many other of the over 450 species that have been recorded at the lake.

Kenya boasts a vibrant culture – showcased in their cultural attire, crafts, and jewelry. The perfect place to collect these memories to take back home is the Maasai Markets – a unique integration of handful artists, traders, and craftsmen. Usually, these markets are held daily at different places around Kenya. Each and every item you buy from these markets is an exquisite piece of art portraying the artistic value, craftsmanship, traditional culture in an innovative and colorful approach. 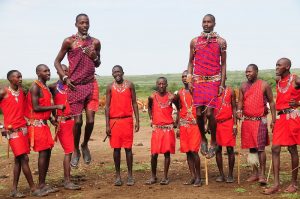 Cultural tours in Kenya give you up, close and personal experiences with the Maasai, Samburu, Swahili, Turkana, Pokot, El Molo, Rendille and other tribal people. You actually participate in the traditions and ceremonies of native tribes. Closely related to the Maasai, the Samburu live in northern Kenya around the foothills of the Koitogor-Ololokwe Mountains in the Samburu, Shaba and Buffalo springs wilderness.  A seaside holiday in eastern Kenya is an opportunity to interact with the Swahili people. The narrow streets in the coastal islands of Lamu are filled with the melodious sounds of traditional Swahili music known as “taarab.” As you wander the streets, you find many signs of the Swahili culture in the architectural details.

Kenya’s coastline and islands are what dreams are made of! The warm, turquoise blue waters of the Indian Ocean lap the shores of long stretches of white sand beaches of Kenya. Small islands like Funzi just beyond the South Coast offer peaceful seclusion away from the hectic pace of life in the modern world.  Other seaside towns in Kenya are Watamu, offering unique coral formations in various bays, and Kililfi a town that is known for the Mnarani Ruins. The islands of Lamu enhances your time in East Africa even more as it is the site of one of Kenya’s most well-preserved Swahili settlements. These locations not only offer spectacular historic settings, but a discerning vacation for every guest.

Discover Ancient Artifacts from the Oldest Humans on the Planet

Archaeologists, paleoanthropologists and paleontologists from almost every part of the world come to Kenya to discover the earliest artifacts of humanity. As a UNESCO World Heritage Site, Lake Turkana is recognized for its significant contributions to archaeology, earning the reputation of being the “Cradle of Mankind.”

The delicate light inside Mawanga Cave reveals rock art paintings that date back thousands of years. Another superb example of early rock art is in Lewa Wildlife Conservancy.  The paintings are some of the oldest in Kenya, dating back to 1,000 to 3,000 years ago. You will be fascinated by the geometric pattern of circles and lines on the rose-hued stone.

Where to stay / accommodation on a Kenya safari

During your stay in Kenya, there are different choices of accommodation in which one chooses from. These are generally categorized into three: the Budget Accommodation, Mid-range / moderate Accommodation and the Luxury Accommodation – so there is something for everyone that suits their budget. Among the various accommodation facilities are beach Resorts, Hotels, Lodges, and Safari camps, Cottages, Guest Houses and Inns.

Below are some of the short and long Kenya safaris: